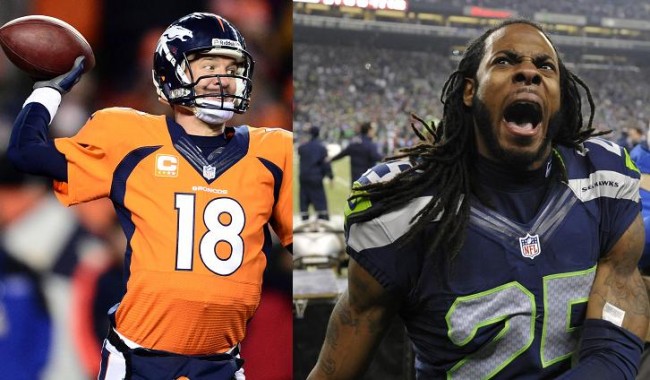 With all the hype surrounding the championship game almost at an end, the Denver Broncos (13-3) and the Seattle Seahawks (13-3) are set to play in Super Bowl XLVIII to determine this 2013-2014 National Football League's (NFL) champion in the first cold-weather title game in league history.

Metlife Stadium, in East Rutherford, NJ, will host the game, with weather expected to be 43F degrees by kick-off time, with a chance of rain earlier in the day, according to Weather.com.

Both teams are not too concerned with the weather, rathering focusing on winning the Lombardi Trophy than in playing in snow, sleet, or hail, with so much at stake for both the Broncos and Seahawks.

"I don't care where we play," said Seattle S Earl Thomas during NFL Media Day. "I know when we play, all the feelings and the stuff I need to get ready and prepare. It'll be there."

Both teams took different paths to get to Super Bowl XLVIII, with Seattle and Denver both earning number one seeds in their respective conference postseason, with the Broncos owning the top offense in the league and facing the best defense in the NFL in the Seahawks.

The Broncos earned the top seed with an offense powered by QB Peyton Manning, who shattered a share of offensive league records this season - compiling 606 points this year (most in the history of the NFL and the only team ever to hit the 600-barrier), and breaking the set NFL season records for passing (threw for 5,477 yards) and touchdowns (tossed 55 touchdowns).

Manning completed 32-of-43 passes for 400 yards with two touchdowns and a 118.4 passer rating in the AFC Championship Game win over the New England Patriots, the fifth time in NFL history a quarterback threw for at least 400 yards without an interception in a playoff game.

But the Seattle defense is wary of not only Manning and his prodigal talent, but also Denver's running game. The Broncos backfield thrived despite Manning's prolific year in the air, with RB Knowshon Moreno rushing for 1038 yards for season, including 13 total touchdowns, while Montee Ball provided the team with depth in their running game, averaging 4.7 yards per carry as a change-of-pace back, adding different looks to the Broncos running game.

"They have some good running backs back there," said Seattle DE Ciiff Avril to LatinoPost.com during Day One of NFL Media Day. "Their running game balances out that offense and keeps defenses honest."

Manning will have his hands full against Seattle's top-ranked defense that has held teams to a league best 14.4 points per game and 273.6 yards per game while leading the league in points allowed (231), pass defense (172.0 ypg), takeaways (39), interceptions (28), and turnover differential (plus-20), shutting down the Drew Brees and the Saints during the NFL Divisional playoff game and knocking out their division rivals, the San Francisco 49ers, in the NFC Championship game.

Seahawks CB Richard Sherman - the emotional leader of the Seahawks defense, whose outburst after knocking down the 49ers QB Colin Kaepernick's pass to WR Michael Crabtree late in the NFC Championship game garnered national attention - leads the league in interceptions with eight picks, including four over the last three games. Thomas was a solid, last-line-of-defense for the Seahawks, racking up 100 tackles, five interceptions and two forced fumbles.

For Seattle head coach Pete Carroll, the key to the game is not the X-and-Os or firing the team up with a fire-and-brimstone speech about what the team needs to win, but rather keeping things normal and maintaining a routine that will keep the team focused on winning the title.

"We stayed at the same hotel across the stadium and are using the same locker room when we played here earlier in the year," said coach Carroll to LatinosPost.com during Media Day, pointing to the Seahawks Week 15 victory over the New York Giants (who play at Metlife Stadium). "We're trying to make it so [the players] feel somewhat at home and keep the setting as consistent as possible."

Super Bowl XLVIII is a classic battle of offense-versus-defense, with Manning putting up eye-popping statistics throughout the year, shattering offensive league record after offensive league record on his way to the title game. And his Seattle counterpart, Russell Wilson, has struggled throughout the postseason, and needs to play more like the starter who has won 24 wins as a starter over two seasons and not the one that has been unable to move the ball against the Saints and 49ers defenses.

But hard-hitting defense and a stout running game are backing Wilson up, with Seahawks RB Marshawn Lynch rushing for 109 yards and a touchdown to help spark the Seahawk offense and their "Temple of Boom" defense forcing three turnovers against the 49ers. The Seahawks defense has depth in the secondary that can that can match-up with the Broncos depth at wide receiver, and should be able to help neutralize Manning's options if they can get to the quarterback in the pocket. The old adage is "defense wins championships" and Sunday night, the old football proverb will prove to be true, with the "Legion of Boom" putting a crimp into Manning's legacy after such a statistical prolific 2013-2014 NFL season.

Bruno Mars and the Red Hot Chili Peppers will be looking to top Beyonce's performance last year when the headline the Super Bowl 2014 Halftime Show after the second quarter.

Live Stream (online)
Live stream coverage of the game and the halftime show can be seen on FoxSportsGo.

Live Score
Live scores could be followed by clicking here.