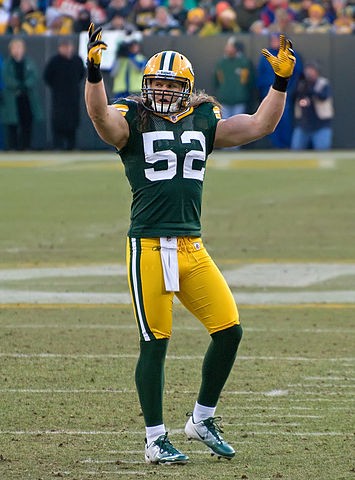 If there was ever a time for heroes-or superheroes- it's the NFL playoffs.

After four months of waiting since the kickoff of the NFL 2013 season, the road to Super Bowl XLVIII began this past weekend as 12 of the NFL's top teams started their blitz for the glory in the scramble to punch their ticket to MetLife Stadium. But the landscape is littered with peril, ill-timed injuries, overwhelming offenses and defensive linemen licking their chops at snapping quarterbacks in two.

But as history has shown, the postseason has seen a rare few rise up and become more than mere mortals in the past. From Tom Brady's continued excellence in the playoffs to Phil Simms going 22-for-25 in Super Bowl XXI, to Joe Montana's pass to Dwight Clark in the endzone in the 1982 NFC title game, to Lawrence Tynes' NFC Championship Game-winning field goals in 2008 and 2012, to David Tyree's miracle catch in Super Bowl XLVII in 2008, the NFL playoffs have been a time for players to transform good into great, and sometimes even "super," saving the day, and the season, for their teams.

Like Superman punching out aliens to save Earth, or Spider-Man swinging into action to protect the citizens of New York City, guys like Brady, Drew Brees, Peyton and Eli Manning, and Jerry Rice have often had to put on their capes and come to the rescue, standing above all to triumph over certain defeat and overcome seemingly insurmountable adversity to snatch victory from the jaws of defeat. As the 2014 NFL Playoffs kick off, Latinos Post pays tribute to some of the most famous comic superheroes by matching them up with the stars of this year's NFL playoffs:

With all apologies to Cam Newton, the eldest Manning brother has earned the moniker of the "Man of Steel" after nearly two seasons in Denver. A perfect recovery from a career-threatening injury? Check. Leading the Broncos to two consecutive AFC West titles? Check. Making the high-powered Broncos offense into the No. 1 offensive team in both total offense and passing yards? Check and check.

The NFL's leader in passing yards this season (5,477) has been nothing short of "super" as he aims to return to the Super Bowl for the third time in his illustrious career, looking to take the Broncos to heights not seen since the great John Elway retired more than a decade ago.

When ordinary, 90-pound soldier Steve Rogers volunteered for a secret Army experiment, he was transformed in the "super Soldier" known as Captain America-the perfect prototype for a soldier, the pinnacle of physical human potential. Sound familiar?

It's not just for donning the red, white and blue of the Patriots that Brady harkens comparisons to "the first Avenger," but also for his consistent excellence for more than a decade, putting the Patriots firmly atop the NFL's hierarchy with three Super Bowl titles and five Super Bowl appearances since 2001. Brady, ranked sixth in the league in passing (4,343 yards) with 25 touchdowns, has led the Patriots to their 11th AFC East division title in the Tom Brady era this season. In the postseason, Brady is the perfect prototype for an elite quarterback, the kind of fiery leader you'd love as a teammate, and the type of player you'd just hate to go up against, as many teams and stars whose hearts Brady has broken in playoffs past can attest to.

While this marketable superstar might lack the grim and gritty disposition of "the Dark Knight," much like Batman, Brees seems to have a lot of tools in his arsenal.

He is dangerous in the clutch, having won some big games with timely throws in the red zone. He can go through his list of options in the blink of an eye during a play for the quick decisions that have helped the Saints rack up 11 wins and a wild card berth. His arm is a lethal weapon, Brees threw for 5,162 yards this season, the second highest in the league behind Peyton Manning. And as far as inspiring the terror that Batman instills in the minds of criminals like the Joker and Bane, Brees is one of the most feared and respected quarterbacks in the playoffs, having shown what he could do in the Saints' spectacular 2009 season. To paraphrase Gotham Police Commissioner Jim Gordon, Brees is the quarterback that New Orleans deserves...and the one it needs.

Like Marvel Comics' most beloved anti-hero, the prickly mutant fighting machine Wolverine, Lynch can be considered the best there is at what he does. And what he does isn't very nice. For opposing defenses, that is.

Lynch doesn't have the nickname "Beast Mode" for nothing, having clawed through frontlines of opposing teams this season as easily as the razor-sharp nearly indestructible adamantium claws of Wolverine slice through just about anything else. Like Wolverine, once Lynch goes into game mode-or "beast mode"-he rampages through defenses with berserker-like intensity, ranked sixth in the NFL this season in rushing yards (1,257). If the Seahawks are to reach Super Bowl XLVIII, Lynch will have to lock into attack mode and never look back. And you'd be hard-pressed to bet against him, bub.

He might not be Batman, but after leading the 49ers on an impressive campaign that came just short of winning the Super Bowl last year, QB sensation Kaepernick is far from being just a mere Boy Wonder.

DC Comics' Nightwing-who was the original Robin, Dick Grayson, grown up into a hero in his own right-seems like the perfect hero archetype to describe Kaepernick, who has been maturing into a very capable quarterback in the lofty line of 49ers quarterbacks like Joe Montana and Steve Young. With natural athleticism and quickness rivaling Batman's apprentice, Kaepernick threw for 3,197 yards and 21 touchdowns as he led San Fran to an impressive 12-4 record for an NFC Wild Card berth. And on Sunday, he once again showed off his stunning skills throwing and running the ball, throwing for 227 yards and a touchdown while rushing for 98 yards to lead the Niners to a thrilling 23-20 victory over Green Bay in the Wild Card round at freezing Lambeau Field in Green Bay, Wisc. Getting better with every year, like Nightwing does, Kaepernick seems like he is on the cusp of being something special.

And with Rivers ranked fourth in touchdowns (32) and passing yards, it's hard to argue the effectiveness of Rivers when it comes to hitting his targets on the fly. At several points in his career, Rivers has led the Chargers deep into the playoffs, but the coveted Super Bowl appearance has thus far eluded him. However, with a little momentum and his uncanny knack for hitting his receivers when it counts, it will be hard to count the Chargers out.

Newton threw for 3,379 yards and 24 touchdowns, which counts for a lot especially considering Carolina's less-than-impresive offensive stats this season, near the bottom in total team yards and points. Despite those low offensive stats, Carolina muscled its way to a 12-4 record and the top of the NFC South, and Newton had more than a bit to do with it. Cam, you do Hal Jordan proud.

With a spin move that can leave defenders standing still or blistering speed down the field as he evades defenders, it's no wonder that Charles has become one of the fastest and most feared running backs in the game. Having totaled 1,287 rushing yards for the Chiefs this season, when Charles streaks by in a blur of red and white, it's hard not to think of DC Comics' scarlet speedster known as the Flash, the Fastest Man Alive. While Charles may not be able to crack the sound barrier in his sneakers like the Flash's alter ego Barry Allen, his quickness down the field does leave a lot of defenders around the league tripping over themselves.

Well, okay, maybe the catchphrase for Marvel Comics' famous jade giant The Hulk doesn't suit Matthews, but in terms of strength and force when it comes to defense, the four-time Pro Bowl linebacker and former Super Bowl champion certainly bears to mind the menacing image of the Strongest Avenger There Is.

At 6'3", 255 pounds, Matthews has made a career out of wreaking havoc on quarterbacks with 50.0 career sacks, 7.5 of which came this season along with 41 combined tackles. Matthews was out of action Sunday when Green Bay met rival San Francisco in the Wild Card round, but if Packers make the playoffs again next season with a healthy Matthews in check, you can be sure that there will be plenty of quarterbacks along the way not looking forward to what happens when you make the green-and-yellow clad Matthews angry.

Unstoppable? Immovable? All of those sum up the Marvel Comics character known as the Juggernaut, arch-foe of the X-Men. However, those words can easily sum up the fearsome Mathis, who has terrorized NFL offenses around the league this season.

Mathis leads the NFL with 19.5 sacks this season, making him a lethal weapon on defense for Indianapolis that complements Jerrell Freeman (126 tackles) and Antoine Bethea (110 tackles). When it comes to quarterbacks, no QB in the pocket is safe from Mathis' wrath.

With agility, great hands and the ability to make some amazing catches, you might as well call Green your friendly neighborhood wide receiver.

Not unlike the iconic Spider-Man, Green's athleticism is off the charts, and he doesn't even need to be bitten by a radioactive spider to do the job for the Bengals. Green is one of the most feared receivers in the NFL, fifth in receiving yards (1,426 yards) and eighth in the league in touchdown passes (11). His amazing ability to make acrobatic catches and have the ball stick to his hands like Velcro makes him a natural link to the wall-crawling web-slinger.

Just when you think you have McCoy pinned down...WHOOSH!...where did he go?

It's almost like he was intangible, kind of like how DC Comics' famous Martian Manhunter-the last survivor of the planet Mars-can make himself go right through solid doors of steel simply by phasing through them. That's how hard it is trying to tackle McCoy, who leads the league in rushing yards this season with 1,607 yards running. Lightning fast, incredibly quick and with amazing maneuverability, McCoy can slip in and out of any tight situation as easily as the Justice League's greenest member can.