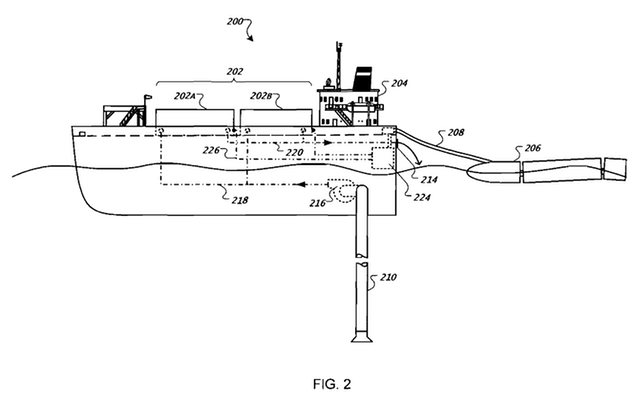 The mystery of the Google barges has gotten a little less mysterious, if you believe reports from San Francisco-based CBS outfit KPIX 5. Citing unnamed "multiple sources," the CBS station says the barge is not a floating data center, but a showroom.

This was a possibility from the start, as some suggested that it might be a promotional project to market Google Glass. According to KPIX 5, which reported on one of the two barges parked in the San Francisco Bay, the floating barge off the coast of northern California will feature "luxury showrooms and a party deck for the tech giant to market Google Glass and other gadgets to invitation-only clients."

The project, according to KPIX, was thought up by Google[x], the same secretive and state-of-the-art Google lab that came up with Google Glass, self-driving cars, and another crazy floating idea: Project Loon - hyperpressure weather balloons that are currently being tested to deliver internet access to remote areas of the world.

So yes, even if the floating showroom isn't as nerdy-cool as the floating data center idea, it is just as outlandish as other Google[x] projects.

Some of the details from KPIX include reports that three floors of the barge will be outfitted with showrooms and the upper deck will feature a "party deck meant to feature bars, lanais and other comforts so Google can fete its upscale customers." The structure is made of shipping containers, which reportedly can be assembled and disassembled for quick transport by "road, rail or ship anywhere in the world."

Previous reports speculated that the Google barges (another huge flotilla is hanging just off the east coast of Portland, Maine) may be used for huge, floating data centers.

This isn't as crazy as it may seem. Google filed and was granted a patent in 2009 that describes just this idea. The patent describes a "floating platform-mounted computer data center," powered by a "sea-based electrical generator." The idea was to take advantage of the sea water for cooling huge racks of servers located in the barge or boat.

Why would Google do such a strange thing? Portability and distributed internet power. The barges could act as additional hubs in Google's internet backbone. Says Google's patent, "it can be beneficial to distribute computing power closer to users. As such, data centers may be moved closer to users, with relevant content sent from a central facility out to regional data centers only once, and further transmissions occurring over shorter regional links. As a result, every request from a user need not result in a transmission cross-country and through the internet backbone-network activity may be more evenly balanced and confined to local areas."

The other advantage would be to provide an internet data powerhouse in the case of emergency, including natural disasters, where a military presence may need enhanced "computing or telecommunication presence in an area until the natural infrastructure can be repaired or rebuilt."

What do you do when a hurricane wipes out all the buildings, including data servers? Float in another one.

But now it looks like it could be an outlandish marketing scheme - less futuristic, but zanily Google[x]'s style, nonetheless.

FOLLOW: Google Barges, google, Google Glass
© 2015 Latin One. All rights reserved. Do not reproduce without permission.