Christmas in Brazil 2015: 5 Most Interesting Holiday Spots for Tourists 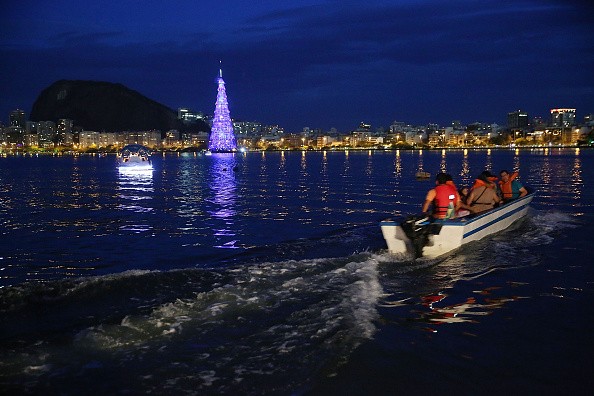 For some, the Christmas season is the best time to travel with their families. Wanderlust lovers would usually explore international destinations along with their entire clan to celebrate the holidays.

In South America, Brazil is a famous destination of tourists wanting to experience beautiful beaches and colorful festivals. During the Christmas season, the country also teems with perfect holiday destinations for travelers.

Below are some of the most interesting holiday spots in the South American country:

AboutBrasil said the seaside city is one of the go-to places during the holiday season. The world's largest floating Christmas tree becomes the highlight in the Lagoa Rodrigo de Freitas, a body of water connected to the Atlantic Ocean.

Set up annually in various themes, the Christmas tree is said to measure 85 meters high and weighs 542,000 kilos. It is also adorned with millions of LED lights.

When the lights on the giant Christmas tree are lit, a spectacular fireworks display and musical and dance numbers also accompany it. These highlights aim to attract more people to the city and witness their holiday offering.

Christmas can also be best celebrated in the municipality of Campos do Jordão, where mountains make the area a perfect place to celebrate the holidays outdoors, as per Viator.

When the holiday season nears, Santa Claus villages are said to be set up on the town, which also hosts concerts and other performances to entertain visiting guests.

A video (shown below) of the celebration in Campos do Jordão shows buildings and walkways being transformed into a Christmas village for a complete holiday feel in the locality.

The By Koket blog noted that travellers also frequent the former Brazil capital because of its fine beaches, like the Porto da Barra.

Aside from this, the place is also a known destination for shoppers wanting to grab great stuff and deals.

The International Council of Shopping Centers has reportedly ranked the placed as the second "most modern and beautiful shopping of the world."

This municipality, according to AboutBrasil, looks like a Christmas village all-year-round because of its narrow streets and ambiance.

Mirantesmt detailed that the town, located 180 kilometres west of Rio, maintains the Christmas and Santa Claus theme in the area for the entire year. Here, people can also enjoy horseback riding, hiking and mountain biking with their friends and family members.

Located in Rio Grande do Sul, the city has long been known as the capital of Christmas in the country.

Rio Times Online said the celebration highlight in this small city is the festival of Natal Luz de Gramado (Gramado's Christmas of Light), wherein more than 500 events and presentations are held annually.

One of the well-known events in this festival is the Tannenbaumfest, wherein local business owners compete in decorating Christmas trees found along the Avenida Borges de Medeiros.