How Will The COP21 Accord Affect Latin America? Here are 5 Ways 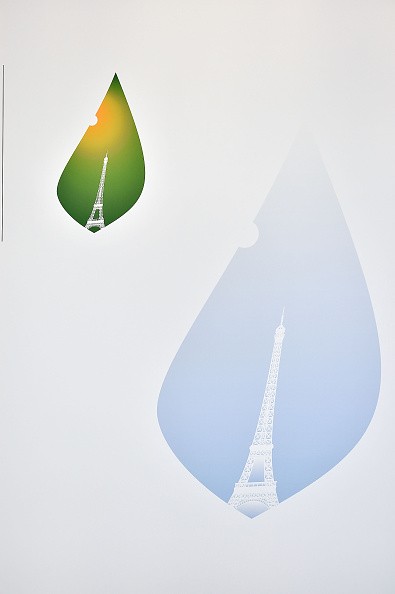 The Logos of the Conference on Climate Change COP 21 are seen in Le Bourget, France. (Photo : Pascal Le Segretain/Getty Images)

With the COP21 Paris talks completed, how does the accord signed on Saturday affect Latin America?  Many leaders of the region went to the French capital with ambitious goals.

It may seem to some that Latin Americans are not paying attention, that Paris be a too distant place for them to care about the climate negotiations or that the accord too complicated and not easy to understand. However, according to a spring Pew Research Center Survey, Latin Americans are the most concerned about climate change.  While Americans are less concerned, in a country with one of the overall highest emissions rate of carbon dioxide.

"Many Latin Americans have been keenly following the negotiations in Paris and are deeply concerned about climate change, said Lisa Viscidi, Program Director, Energy, Climate and Extractive Industries, The Dialogue.

LatinOne spoke with Viscidi to ask her in what ways does the COP21 Paris accord affect Latin America.

This is quite possibly the most important issue facing the continent's future. The shift in the economy without fossil fuel.

The Paris agreement will require Latin American countries to make a significant transition toward low carbon economic development and move away from energy produced from fossil fuels. They will increase their dependence on renewable energy. However, Latin American oil and gas demand is nevertheless expected to continuing increasing for at least the next ten years.

2.  For the countries which share the Amazon, deforestation is a top concern, also for those who live there.

Deforestation in the Amazon has increased over the last year after many years of sharp decline. Brazil's pledge under the Paris accord to stop deforestation is an important contribution to reducing emissions but Brazil will also have to improve monitoring systems to follow through on this commitment.

3.  Technology and innovation will be key.

Technological breakthroughs will be critical to meeting international climate change goals. Latin America is far behind the US, Europe and Asia in clean energy innovation. Governments in Mexico and Brazil have vowed to increase R&D spending on clean energy and I think this step is critical.

Two more areas where it will be critical for the continent is whether they can come through with the pledges in Paris and how they will tackle extreme weather.

4.  Civil Society will be a facilitator.
All countries in the region with the exception of Venezuela, Nicaragua and Panama submitted proposals to the United Nations. A meeting in 2018 will help the countries solidify their pledges before they become irreversible in 2020. The United Nations has stated that it depends on civil society in Latin America to make their governments come through on their agreements and promises. And to increase their pledge to reduce emissions.

According to reports, the NGO Germanwatch has stated that between 1995-2014 three countries in the region of the top 10 had extreme weather. Honduras, according to the NGO was the most affected.