Just last week, Apple unveiled its customer-tracking iBeacon technology in every one of its U.S. Apple Stores. With more retailers expected to start track consumer location data next year, cybersecurity company AVG has introduced an anti-location tracking feature to its Android privacy app.

AVG is more well known for its free anti-virus for computers and smartphones, but in the face of increasing location data tracking by companies, using free in-store WiFi networks to grab information while customers shop, the company sees an opportunity for what could be a very popular privacy feature. The feature, called "DNT," short for "Do Not Track" - the name for a movement of privacy advocates from the Center for Internet and Society and Stanford Law School that pressure developers and advertisers to allow users to opt out of digital tracking technology - is a new feature that AVG added to its Android PrivacyFix app. 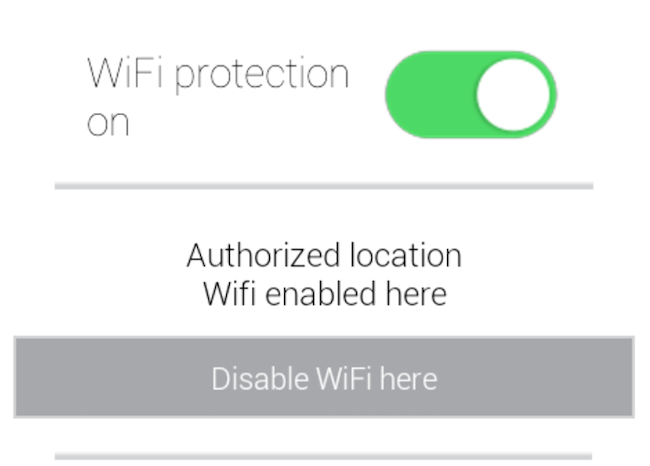 The feature works by blocking location tracking by WiFi networks. Specifically, a code transmitted by internet-connected devices called a MAC address is usually transmitted as part of connecting to WiFi networks. That address allows those who own the WiFi network, like retailers, to collect data on the physical movements of shoppers, according to Forbes. That data can be used to track the number of shoppers in stores at any time, or can be analyze for the purpose of advertising.

For example, retailer Nordstrom notably garnered customer pushback after using a WiFi tracking system, which it had in place for months before posting a sign informing customers. The company was tracking the movement of customers by combining the WiFi signals with video camera surveillance, attempting to profile customers and study micro-behaviors, like how long a customer looked at merchandise before buying it. Nordstrom's experiment resulted in angry comments from customers (like "Way over the line") and negative news attention, and it ended the experiment about six months in.

Everyone knows retailers will attempt to get as much actionable information on its customers as possible in order to optimize sales. It's why grocery stores have "discount" cards, why big retailers offer their own credit cards, and why survey companies sometimes actually pay people to participate in long-running studies. However, those are all opt-in programs.

AVG believes there should at least be an opt-out alternative for customers who don't want to be tracked, but because this tracking technology is so new, adequate transparency standards and privacy protection measures can't be found. Vice President of privacy products at AVG told Forbes that until retailers embrace "meaningful standards" of transparency in their tracking policies, "consumers are better off shutting out this kind of tracking."

Besides tracking consumers without consent or sometimes even informing them, MAC address logging can be potentially dangerous. "Because MAC addresses also are routinely collected in apps, your location history can potentially be matched with other information about you, including your identity."

The AVG privacy feature is available for Android right now, meaning that iPhone owners walking into Apple Stores could still be tracked. Apple's iBeacon tracking system uses Bluetooth signals in combination with WiFi, so it's not clear if the upcoming "PrivacyFix for iOS" app will protect against the high-tech augmented reality shopping app. However, Apple's "Apple Store" app, through which iBeacon operates, still requires users to give the app permission to activate Bluetooth, so Apple's tracking is basically an opt-in system.