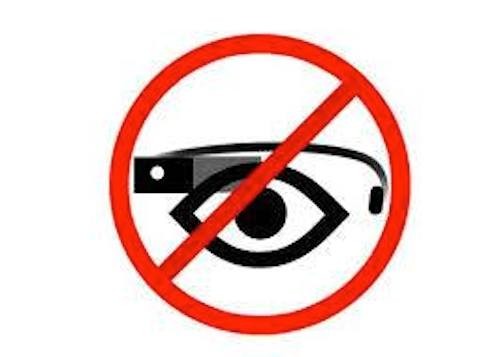 Nick Starr, a network engineer and Google Glass Explorer, was the unfortunate patron to learn the hard way that Google's smartglasses were not welcome in a local Seattle restaurant.

The Seattle diner in question, called The Lost Lake Café and Lounge, apparently does not take kindly to patrons wearing Google Glass. This is not a big surprise, since the Lost Lake Café is owned by the same person who preemptively, and now famously, banned Google Glass in his Seattle dive bar, The 5 Point Café.

In the most recent incident, Nick Starr and his partner were seated and ready to eat at the Lost Lake Café when the night manager asked Starr not to wear and use Google Glass while inside the restaurant. Most of the altercation is documented on Facebook, in a virtual tête-á-tête that happened after Starr took his business elsewhere.

According to Nick Starr's Facebook page, "A woman who works there comes up to us and tells me that the owner's other restaurant doesn't allow Google Glass and that I would have to either put it away (it doesn't fold up btw) or leave." Starr claimed that he had previously eaten at the establishment with his Google Glass device on, and asked the manager to see where the Lost Lake Café's ban was stated as policy.

"I inform her that I am well aware of the policy at The 5 Point Cafe but asked to see where it was policy for Glass to be disallowed at Lost Lake. She said she couldn't provide any and when asked to speak with management she stated she was the night manager," wrote Starr.

Online, Starr asserted his right to wear Google Glass, mentioning that the Lost Lake Café's menu encouraged customers to share pictures of the restaurant on Instagram and insisting that wearing Google Glass was no different than taking a picture with a smartphone. Apparently unswayed by Starr's arguments, the diner's staff and Starr had reached an impasse. "I again inform her that the two venues," Lost Lake and 5 Point, "are different and have different policies. She refuses and I leave," wrote Starr.

On its Facebook page, the Lost Lake Café and Lounge posted an aggressive assertion of its Google Glass policy, first stating that the establishment "recently had to ask a rude customer to leave because of their insistence on wearing and operating Google Glasses inside the restaurant."

We kindly ask our customers to refrain from wearing and operating Google Glasses inside Lost Lake. We also ask that you not videotape anyone using any other sort of technology. If you do wear your Google Glasses inside, or film or photograph people without their permission, you will be asked to stop, or leave. And if we ask you to leave, for God's sake, don't start yelling about your 'rights'. Just shut up and get out before you make things worse."

Also for the record, Meinert is correct that Starr did not have a "right" to stay in the restaurant, wearing the device. The fact that Starr wasn't paying for any service in the establishment gave the diner ever right to eject him from the premises, and while "public accommodation laws in most states... prevent businesses from using a person's race, sex, or even height and weight to turn them away for assuming they will not pay," a customer that disagrees with a business's anti-Glass policy isn't a "class" of person protected under those laws.