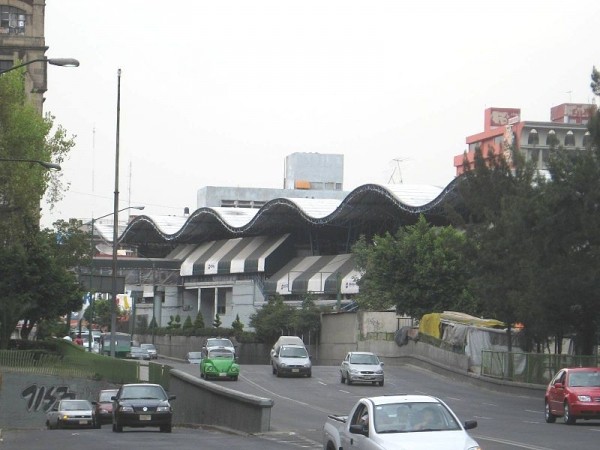 Mexico is enjoying a huge growth in its auto-manufacturing industry, with factories producing cars to the highest standards for engineering and safety - but only if those cars are headed to markets in Europe and the United States.

Cars produced in Mexico are intentionally built to lower safety standards if those cars are staying in Mexico or exported to other markets in Latin America, according to an investigative report by Adriana Gomez Licon of the Associated Press, first published on Thanksgiving of this year.

"Vehicles destined to stay in Mexico or go south to the rest of Latin America carry a code signifying there's no need for anti-lock braking systems, electronic stability control or more than two air bags, if any, in its basic models," says Licon in the report, which is backed up by four engineers that worked with Nissan and GM, speaking under the condition of anonymity.

Meanwhile, vehicles destined to be exported to the U.S. or European countries have to meet a strict safety code, in order to comply with auto safety laws in those countries. Though conceivably built in the same auto factory in Mexico, a car headed north or northeast to those first-world markets may include anywhere from six to 10 air bags and stability control systems that make driving much safer under hazardous conditions.

A car made and sold in Mexico, or sold in other Latin American countries like Brazil, is likely to have none of those safety precautions - despite the fact that the retail price is nearly identical.

According to Licon, the double standard for manufacturing cars "buttresses the bottom lines of automakers such as General Motors and Nissan." For example, the Chevrolet Aveo costs about $14,000 in the U.S. and comes with traction control, anti-lock brakes, and 10 airbags.

In Mexico, the same car, which is a top-seller in the country, costs only $400 less and comes with absolutely none of those safety features. According to Safe Kids' Mexico director, Paco de Anda, Latin Americans are forced to pay extra for safety features: "Features that are already mandatory in other countries, here they are selling them as optional items," de Anda said to Licon. "People here have no education about road safety ... so they don't pay for it."

Part of the problem is Mexico's mandated safety standards, which are outdated and need to be upgraded. But according to Arturo Cervantes Trejo, director of the Mexican Health Ministry's National Accident Prevention Council, the fact that the cars are now produced in Mexico's booming auto-manufacturing belt makes it difficult to impose new standards. While Brazil and Argentina have passed laws requiring all vehicles to feature now-basic safety standards like dual front airbags and anti-lock braking systems (ABS) by 2014, Mexico has a long way to go.

"It's a complicated subject because of the amount of money carmakers bring to this country. The economy protects them," Cervantes said in the AP report. "But there are plans, there is a strategy. We have a working group with the car industry."

It's hard to tamp down on an industry that is producing about 3 million new cars a year and driving your economy to become the world's fourth largest auto exporter -even if the end result is dangerous to Mexican and Latin American drivers.

According to Mexico's transportation administration, almost 5,000 drivers and/or passengers in Mexico died in auto accidents in 2011, which is a 58 percent increase over the last decade. In contrast, during the same period, automotive deaths in the U.S. dropped by 40 percent.

If you control for the number of vehicles on the road, Mexico's fatality rate from traffic accidents is more than three and a half times that of the U.S.