Microsoft Sells Over A Million Xbox One Units Day One, But Challenges Lie Ahead For Consoles

Just like the Sony PlayStation 4 a week before, Microsoft's Xbox One got off to a strong start on Friday, according to Microsoft's sales statement.

Microsoft says that sales of the next-generation Xbox One console reached over a million units in its opening day, meaning this year's Microsoft console has out sold the previous first-day sales of the Xbox 360 console in 2007. This, even as some of the launch day markets were stricken from Microsoft's day-one sales list after production issues made the Xbox One more scarce. 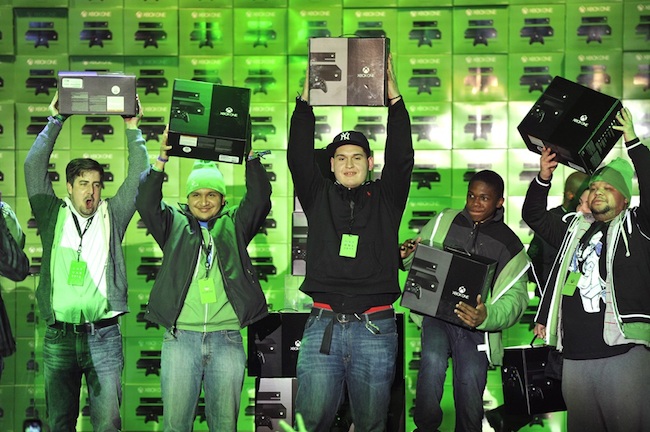 The console is now sold out at most retailers, and Microsoft says it is working to "replenish stock as fast as possible to meet the unprecedented demand from our customers," according to its Xbox blog.

The blog also provided some interesting game-specific stats for the first 24 hours of the Xbox One, which are fun, but may also remind "big-brother" paranoiacs who worry about the new console tracking their actions that Microsoft can indeed track some specific things, at least en masse. The statistics for the first day of gameplay include:

Record Sales Are A Good Start

The 1 million Xbox One units sold, an gross of about $500 million dollars, is certainly welcome news to the Xbox One team and Microsoft in general. "The team is excited to confirm the launch of the Xbox One was the biggest launch in Xbox history," said the Xbox blog.

But it's also just one step in recouping the costs of making the next-generation console. According to RedOrbit, market research firm PricewaterhouseCoopers projects game console sales to rise 4.2 percent this year, which is much lower than the 28 percent rise that happened after the last release in 2007.

High-tech gaming consoles require long development cycles that are costly and -according to industry doom-sayers that see the rise of cheap, ubiquitous mobile and social-media-based games overtaking the gaming industry as a whole - ultimately make the game not worth the candle.

For just one example, take the Xbox One's controller, which incurred on Microsoft about $100 million in research and development alone, according to VentureBeat.

Then consider the marketing budget, licensing (there are 10 exclusive Xbox One games), content development (including an Xbox One-based Halo TV show produced by Steven Spielberg), and, of course, the cost of designing the actual console, itself.

While Sony and Microsoft are both celebrating enormous first-day and first week sales to die-hard console gamers, the road ahead is long and uncertain.

FOLLOW: Microsoft, Xbox One, Console Gaming, PlayStation 4, PS4, xbox 360
© 2015 Latin One. All rights reserved. Do not reproduce without permission.