'The Hunger Games: Catching Fire' Movie Review: Stunning Sequel is a Must See 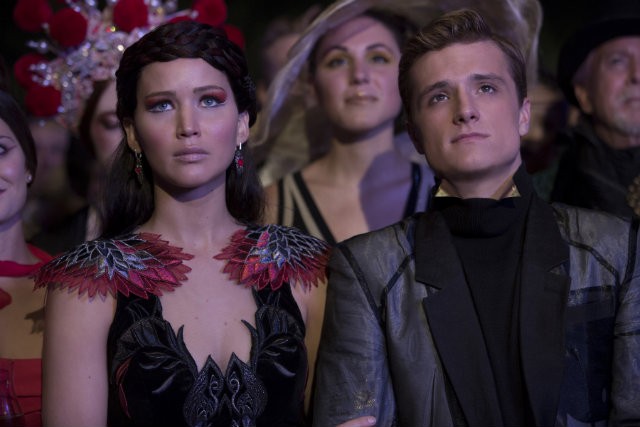 Have you ever had a book play out like a movie in your head while you read it? Have you ever wished that the film version of your favorite novel played out just like the movie you had in your head? Well, the latest installment of “The Hunger Games” has managed to do just that.

The sequel of the series by Suzanne Collins, entitled “Catching Fire,” surpasses all expectations eager “Hunger Games” fans may have had. The film, which was released on Nov. 22, features elevated acting by Oscar winner Jennifer Lawrence (Katniss Everdeen) and her two on-screen love interests Josh Hutcherson (Peeta Mellark) and Liam Hemsworth (Gale Hawthorne).

WARNING: SOME SPOILERS AHEAD

The film kicks off in a setting familiar to fans of the series, the woods by District 12, where Katniss and her best friend Gale often go to hunt for game. Katniss, back from winning the 74th Annual Hunger Games in the Capitol, and Gale are hunting turkeys when a terrifying memory of the games comes back to haunt her. As she prepares to send an arrow straight into a turkey, the shocking image of the tribute she killed sends her in panic attack Gale is barely able to rouse her out of.

As so the road is set for Katniss, and Peeta’s, journey back to the Capitol for the Victor’s Tour and eventually to participate in the country’s 75th Annual Hunger Games, better known as the Quarter Quell. The two victors are plagued by severe PTSD, which comes back in horrific nightmares, and a lie they told to stay alive--that they’re madly in love.

“Catching Fire” is able to do something that the first installment of the series failed so miserably to do: dig deep into the relationships Katniss holds with her family, the Capitol and more importantly, with both Gale and Peeta.

During the first film, Hemsworth’s Gale makes a brief appearance and while he remains a minor character in the second installment, fans get a glimpse into his resolve to fight against the Capitol. Likewise, Katniss’ other love interest, Hutcherson’s Peeta, also takes more of a prominence in “Catching Fire,” proving that he’s not to be discarded. While both actors are more visible in the film and shine in their respective roles, it is Lawrence’s Katniss who confirms she’s the true star of the series.

Not only does “Catching Fire” delve into more substantial material, it sets the viewer up for an all out victors-led revolution in Panem, it is a visually pleasing film. Director Francis Lawrence (no relation to Jennifer Lawrence) does a magnificent job immersing fans into the world of Katniss Everdeen.

Katniss’ District 12 feels more desolate, the districts she travels to during the Victor’s Tour feel more tangible and the arena she finds herself in her second Hunger Games comes alive in a vibrantly colorful setting. Viewers are not only watching Katniss and Peeta fight to remain alive with fellow victors Finnick Oddair (Sam Claflin), Johanna Mason (Jena Malone) and Beetee (Jeffrey Wright) as the citizens of the Capitol would, but they are right there next to her experiencing the Games.

The latest installment of the insanely popular series does a great job at setting up the final two films of the franchise. Fans are left desperately wanting to know what will happen to Katniss as she makes her way to the mysterious District 13, while her partner Peeta remains in the Capitol. The film, which shattered opening weekend box office numbers, is a must see film in 2013.

FOLLOW: The Hunger Games: Catching Fire, movie review
© 2015 Latin One. All rights reserved. Do not reproduce without permission.